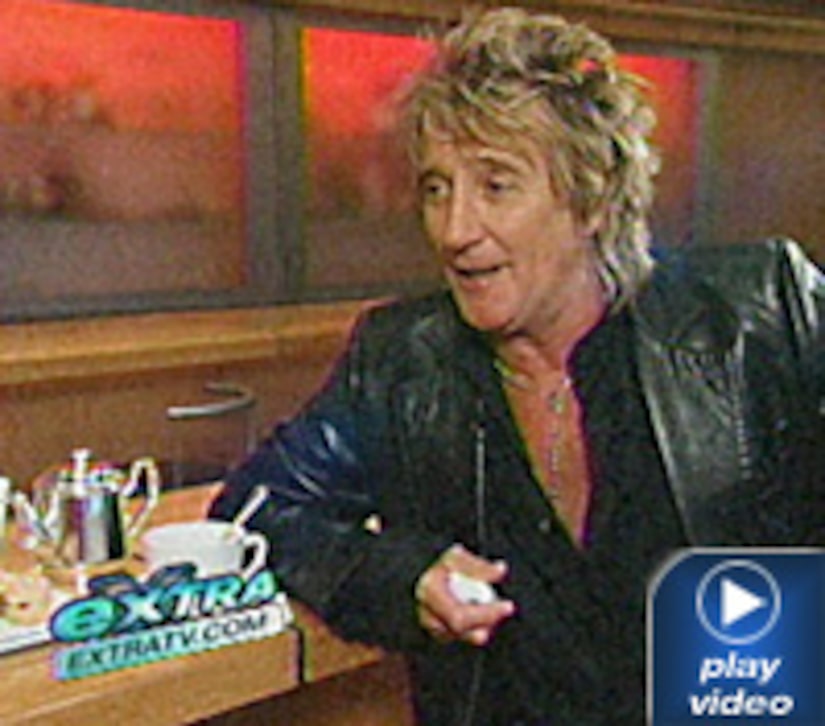 Legendary rocker Rod Stewart poured his heart out to "Extra's" Terri Seymour about life with the beautiful supermodel Penny Lancaster.

Over tea, Rod admitted, "She's the love of my life."

Stewart, who is still rocking with his first album in eight years, opened up to "Extra" about his break from music to enjoy being a father to their 1-year-old baby boy, Alistair.

"When my first two kids were born, Shawn and Kimberly, I had to go on the road because I was broke, and I owed the tax man loads of money," he said. "And I missed the first two or three years of their lives. I didn't want to make that mistake with Alistair."

Now Rod is back with songs for everyone with "Still the Same: Great Rock Classics of Our Time," in stores now.

But when it's time to hit the road for his tour, will his fiancée be on hand to style his hair?

Speaking of hair, Rod showed "Extra" proof that his trademark locks haven't lost their luster over the years.

But back to that wedding, when Terri tried to press Rod for more details, he shot back, "Conversation's going downhill like it always does when I'm interviewed by you! That'll be top secret till the last minute."