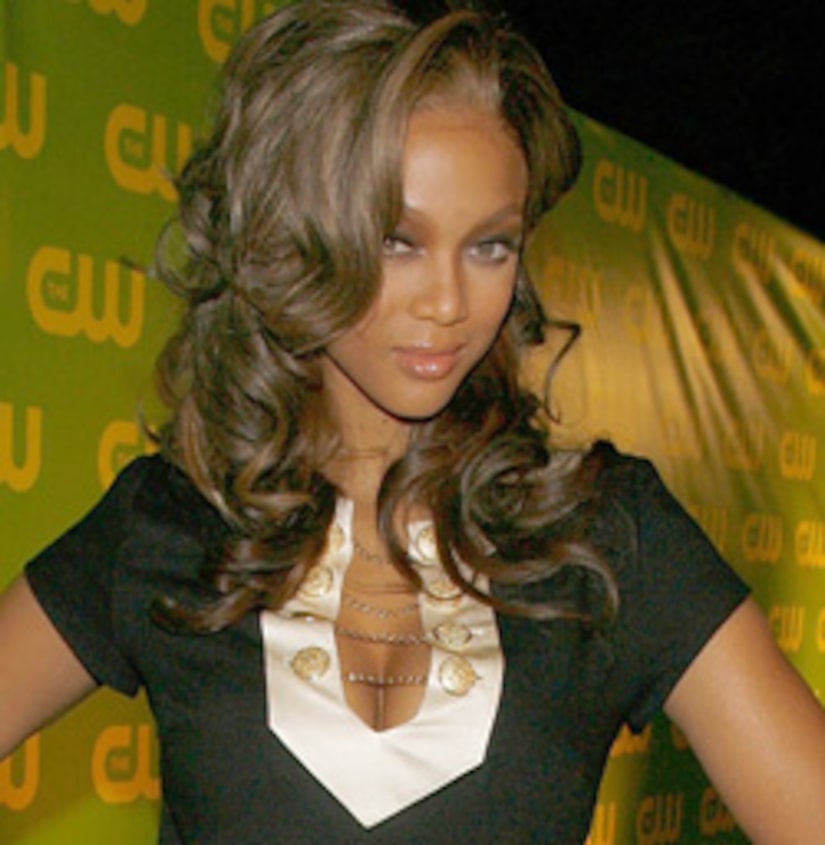 It's a revealing new look for the red-hot Tyra Banks, as she poses for the new issue of Vanity Fair and bares secrets of her life as a model in a candid all-new interview with the prestigious magazine.

"I think it's pretty clear she's assuming the mantle of the next Oprah," dished Vanity Fair's Contributing Editor Nancy Jo Sales, who also told "Extra" that Tyra admitted she's making herself in the image of old pal, Lady O.

"Tyra looks at Oprah as a mentor," Sales added.

The talk show princess also recently opened up to "Extra's" very own Jon Kelley about Oprah's influence on her.

"She's supported me and continues to support me and give me great advice," Tyra admitted. "But it's really big shoes to fill, and I don't think I'll ever fill them."

But with her smash hit, "America's Next Top Model," a high-flying daytime talk show, which has just been renewed for another two years, and a reported annual income of $18 million, Tyra is building an empire of her own at just 33 years of age.

Tyra was even named one of the Most Influential People in America by Time magazine.

"My mom and I cried together when we saw that I was on the Time's list," Tyra admitted. "So that does feel really, really good."

Nancy Jo Sales also dished that Tyra appeals to a younger generation of fans than Oprah.

"I think young women relate to her because she's a lot like them," Sales said.

However, the tireless Tyra admitted she's too busy to even fit a man into her life.

"She's not dating anyone right now; I don't think she has any time," Sales relayed.

To get the full scoop and to check out Tyra's tantalizing photo spread, check out the new Vanity Fair, on newsstands now.