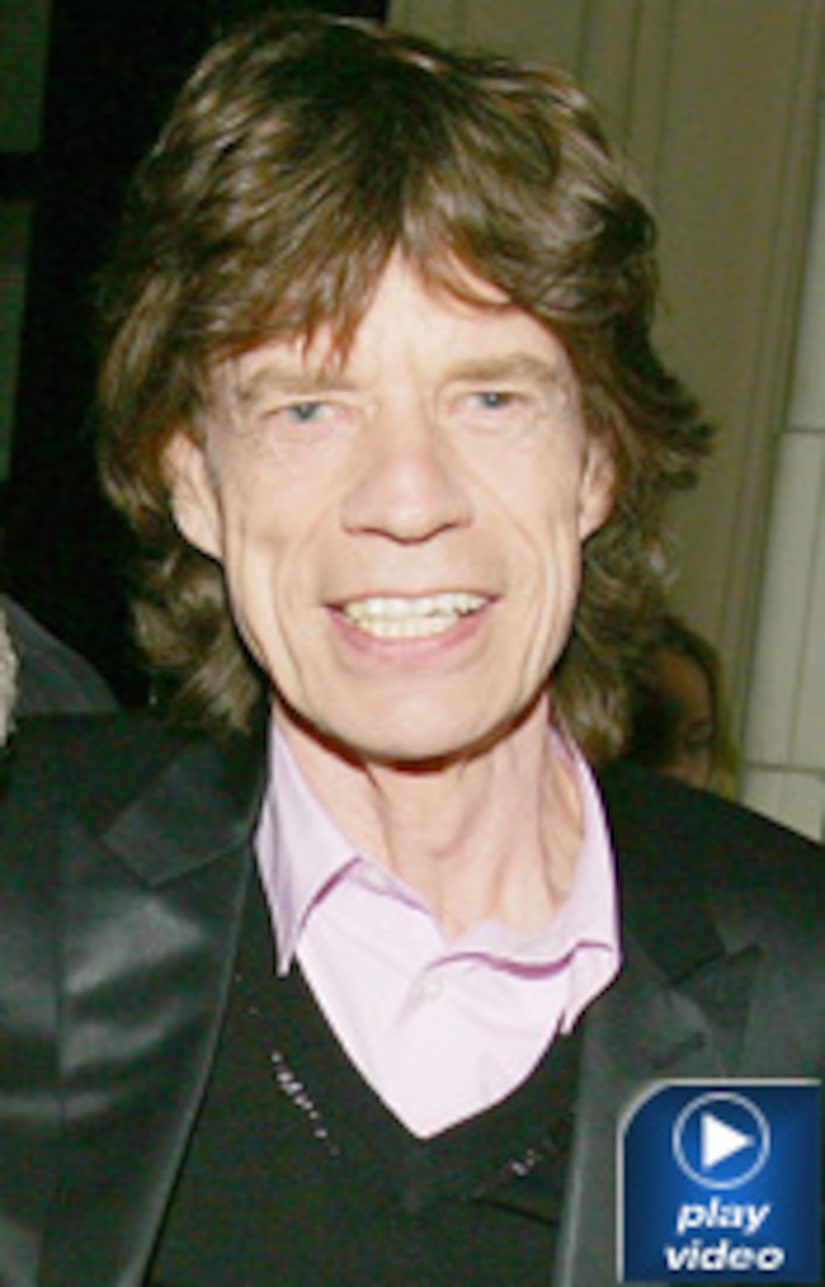 Is the Rolling Stones rock icon jumping from radio airwaves to the small screen? "Extra" has confirmed that yes, Mick Jagger is joining ABC's new series "Knights of Prosperity." While Jagger will play himself, his performance is being kept top secret. That is, until now, and only Extra" has your first look at Mick and his new band of brothers.