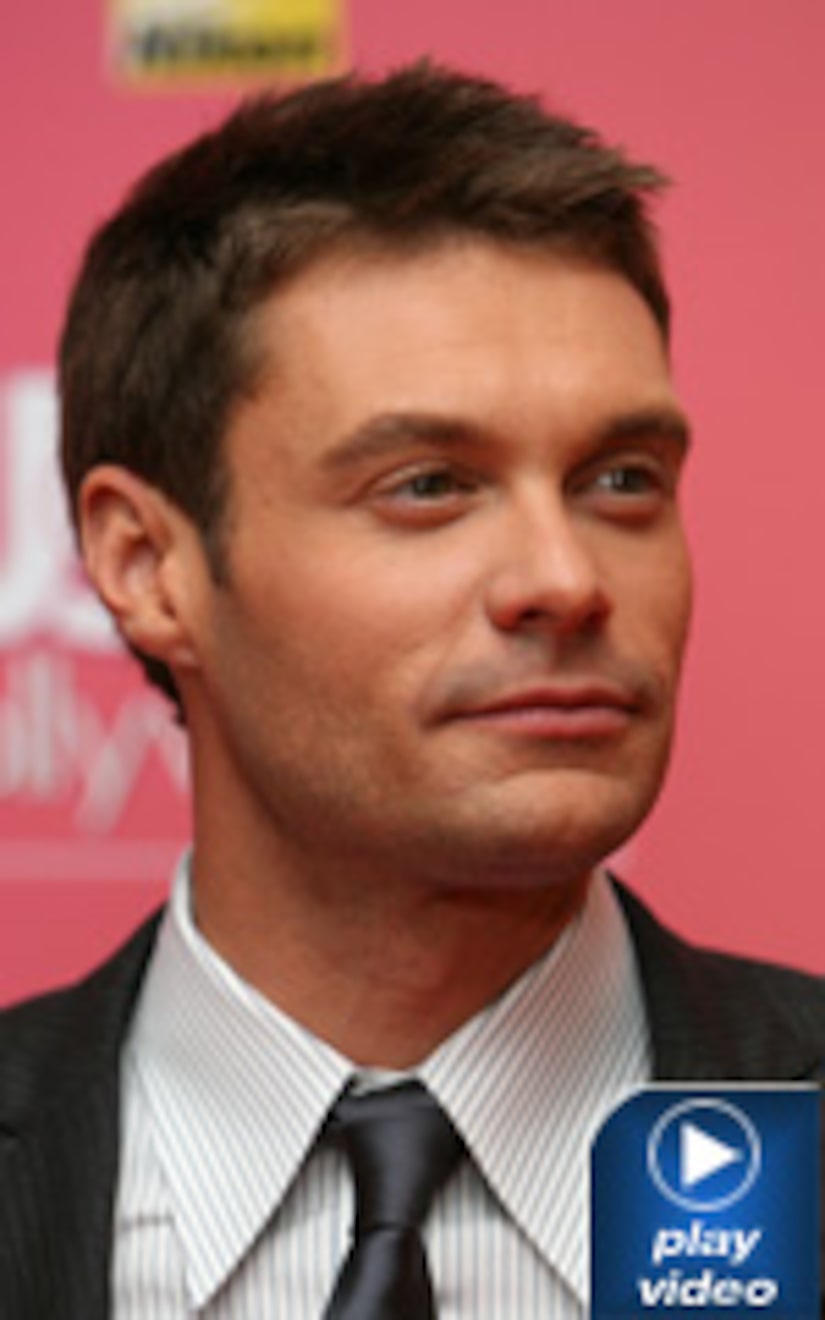 But before the wannabe singers put their vocal chords to the "Idol" test, Seacrest took "Extra's" very own Terri Seymour on a ride all the way back to his childhood, starting with this surprising revelation:

"I was a lineman on the high school football team," Ryan admitted. "I was definitely twice the me I am now; two times the size."

Ryan also told "Extra" that he was teased about being overweight.

"I was bullied," he confessed. "I used to lock myself in my room and scrape the skin on my cheeks because I wanted to be thinner. It wasn't that big a deal. I just was teased. I had braces, I had glasses, I had Simon's haircut -- so I was teased when I was a kid."

But now it is payback time for the class bullies.

"I would not give you tickets to the 'A.I.' finale, and I would definitely keep you and your kids from coming to the 'A.I.' set," Ryan promised.

So it there anyone special in Ryan's life?

To Ryan, love is a terrible four-letter word, and when Terri continued to pry, asking if Ryan's future included a wife and kids, he was ready to use his coined phrase, "Seacrest out."

We get the picture, Ryan. And we'll see you when "American Idol" kicks off its new season Jan. 16 on FOX!