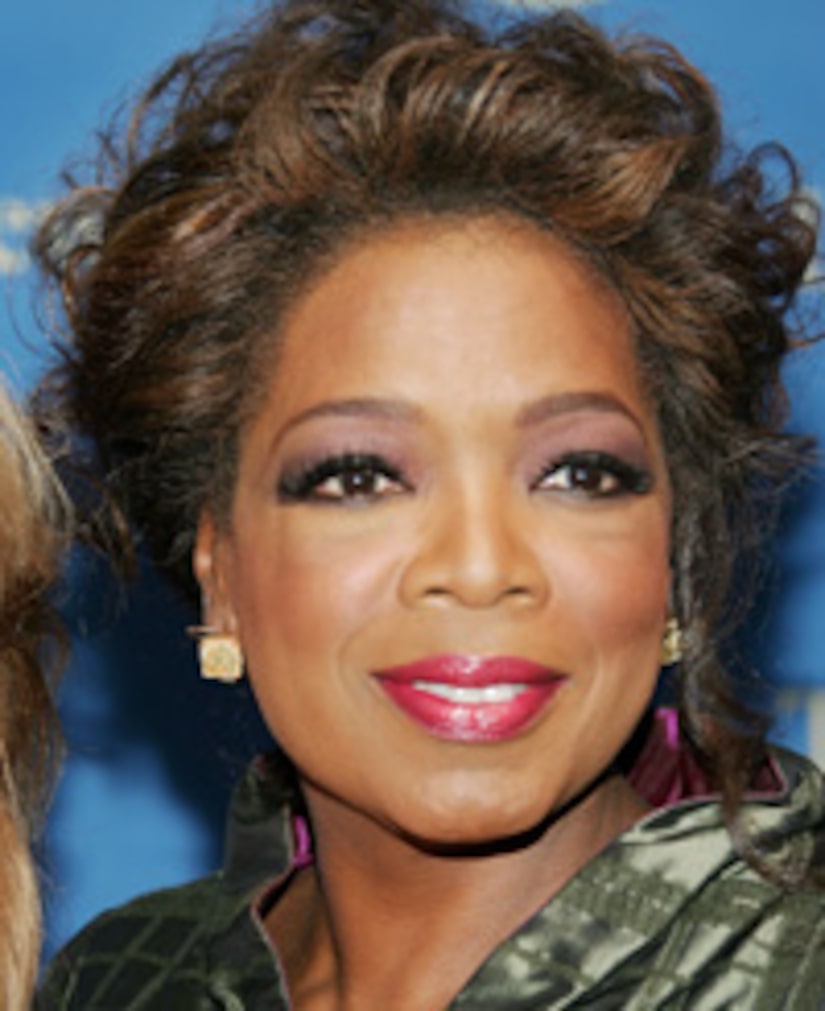 Oprah was brought to tears over the holiday weekend, as a star-studded group of friends joined her at the opening of her $40 million Oprah Winfrey Leadership Academy for Girls outside of Johannesburg, South Africa.

"The way you describe it; a supreme moment," Oprah said. "You understand this is, oh boy, I thought it was about Manolo Blahnik's. But no, it's not; no... I never thought that."

Oprah's all-girls academy stands good on a promise she made to Nelson Mandela six years ago, to educate and provide a future for impoverished girls.

"I never had children, never even thought I would have children," Oprah confessed. "Now I have 152 daughters; expecting 75 more next year. That is some type of gestation period!"

As for Oprah's dreams and aspirations for the young ladies, Lady O told "Extra," "The future is so bright for them, it burns my eyes."

We were with Oprah and her celebrity friends, Tina Turner, Mary J. Blige, Sidney Poitier, Spike Lee and Mariah Carey, as they made history in Africa.

"It's been pretty miraculous," Mariah admitted. "Oprah does nothing halfway, so I know these girls mean so much to her."

Funnyman Chris Rock was also on hand with wife Malaak and their two little girls, and the comedian put his trademark spin on Oprah's crusade.

"It's great that someone is spending this kind of money to educate my people," Rock said. "This is probably the biggest non-prison ever built for black people."

And of course, best buddy Gayle King was by Queen O's side.

"I'm so proud and so happy for you," Gayle told Oprah. "[That's] how I feel today because I know what this moment means to her."

But before Oprah brought everybody over to Johannesburg for the big reveal, it was an all-star New Year's Eve party, done the Oprah way.

"It was just amazing," Mariah told us.

The partygoers revealed it was a mind-blowing bash, which included an impromptu performance from the legendary Tina Turner.

"I did it because it was that kind of a party and it was celebrating Oprah," Tina touted.