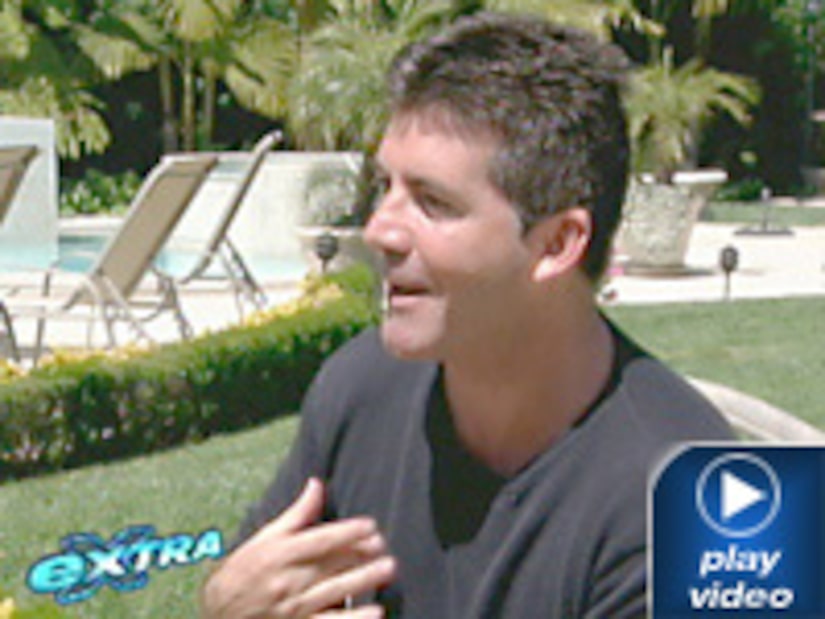 Judge Dread himself, Simon Cowell, is taking "Extra's" very own Terri Seymour on a limo ride into his secret past.

For example, did you know that Mr. Mean was expelled from high school?

"I think one or two school I was expelled from, yeah," Simon admitted.

When we jumped inside a limo with Simon, he let this and other surprising skeletons out of his closet in this candid back-seat confessional.

"Whatever I was told not to do, I would do: drinking, smoking or any of that kind of stuff," Simon confessed.

While Simon didn't like being told what to do, he's known since the age of four what he's wanted to do: be in show business.

"My parents lived next door to a guy who ran MGM Studios in England," he revealed. "So they would have Elizabeth Taylor, Robert Mitchum, Richard Burton, Bette Davis always there having parties. And we'd peer over the fence, look at the parties, and I'd think, 'Whatever he does, I want to do.'"

But at what age did Simon finally give up on conformity and leave school?

"I left school at 16 with no qualifications whatsoever; I failed all my exams," Simon said.

As a result of his decision, Simon also admitted to the worst job he'd ever had: "Picking up stones in a field."

Lucky for Simon, he got a big break in his early twenties.

"I met a very successful record producer who kind of took me under his wing," Simon dished.

And his rags to riches story continues as the smash hit "American Idol" begins its sixth season on January 16th!