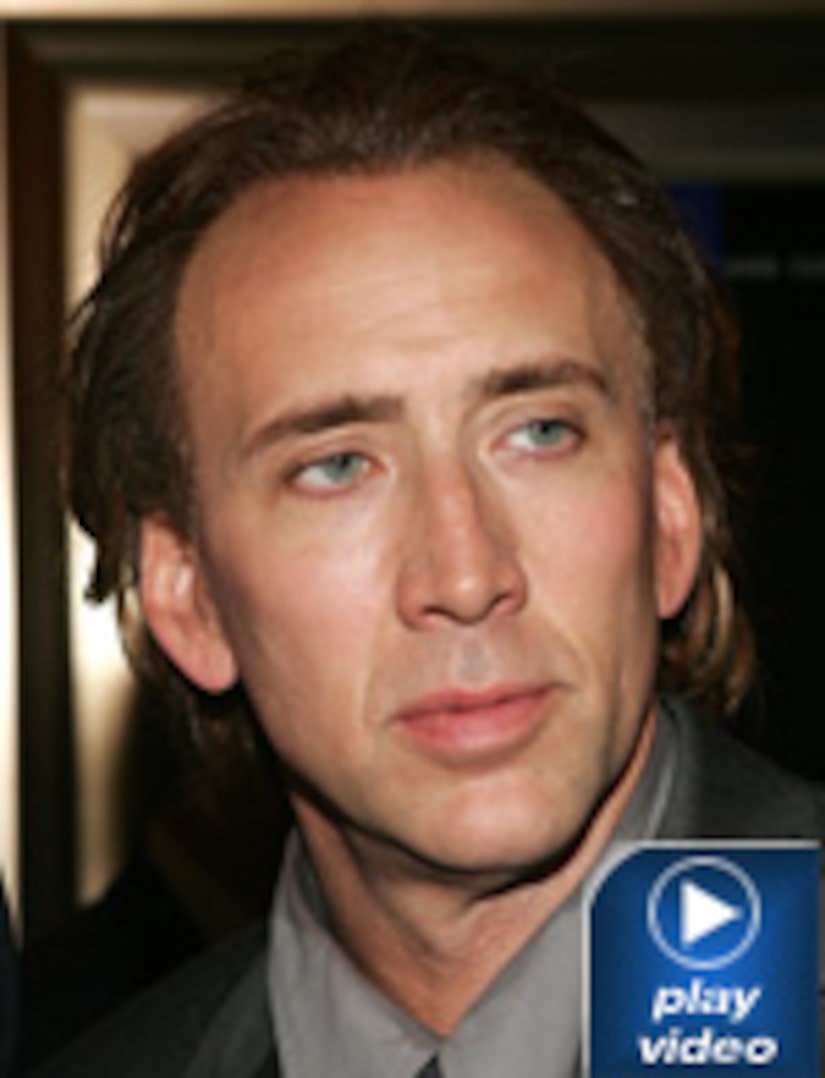 Nicolas Cage is all revved up and rarin' to roar onto the big screen as Hollywood's newest superhero.

The Oscar winner revealed that his role in the movie adaptation of the marvel comic book, “Ghost Rider,” truly was a boyhood dream come true.

"I remember staring at the comic as a child in my living room for I don't know how long, and just thinking about it,” Cage revealed.

Nic plays Johnny Blaze, a stunt motorcyclist who sells his soul to the devil only to change his mind for the love of his beautiful childhood sweetheart, played by Eva Mendes.

Eva revealed that Nic was as unpredictable as his character, telling us, “When you get to set with him, you don't know what he's going to do.”

And Nic had the same to say about Eva, revealing, “She does surprising things and that makes her performance spontaneous and fresh."

But Johnny Blaze the “Ghost Rider” isn't your everyday superhero.

“He is a supernatural character, and that makes him different from the other superhero films we've seen of late,” Cage told us.

Find out for yourself when “Ghost Rider” hits theaters February 16th.