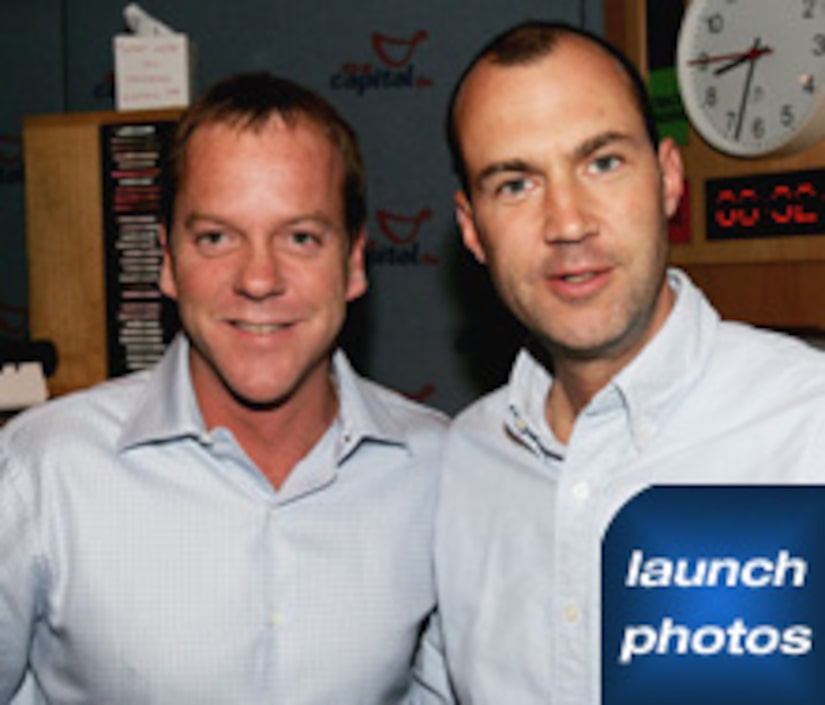 When Kiefer Sutherland is not busy saving the world as Jack Bauer in “24,” he's living his other life filled with rock and roll. “Extra” got an intimate look at Kiefer on tour in Europe with Rocco Deluca and the Burden in the documentary, “I Trust You to Kill Me,” coming out on DVD January 9th.

“Extra” was first to introduce the world to Rocco. Kiefer and his best friend (and “Extra's” music critic) Jude Cole signed the band to their recording label, Ironworks.

“In my 27 years of working here, I always wanted to work with an artist that's natural to himself,” Cole said of Rocco.

“Extra” has been with the guys every step of the way. Of working with Kiefer, Rocco told us, “He's super passionate. He's fearless.”

Now, Kiefer and the band are on their next mission: getting music back in schools.

“It'd be nice to get instruments into kids' hands,” Rocco said.

The group recently performed at VH-1's "Big Night for the Cause," a Save the Music Foundation event.

“There have been so many tests that have shown the correlation between music and children that are studying music,” Kiefer told us. “And those children seem to be more successful in math and sciences.”

But even Sutherland admitted that the documentary proved that he had a thing or two to learn.

“I'm not going on the road with a band,” he said. “My dreams of being a tour manager are over.”

Go inside Kiefer's rock and roll world when "I Trust You to Kill Me" hits stores January 9th.