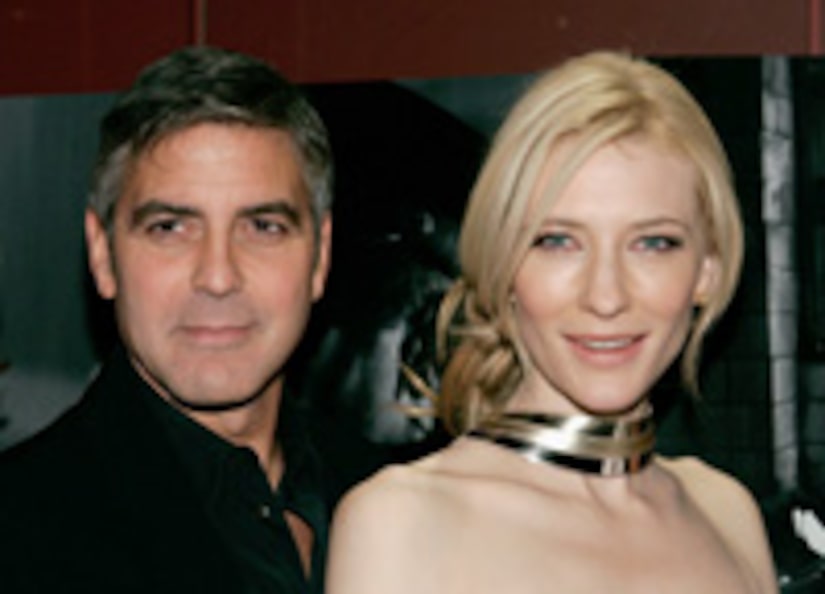 From George and Brad to Leo and Matt, it's been one hunky co-star after another for Oscar winner Cate Blanchett, and now the married mother of two is kissing and telling!

On working with Brad Pitt in “Babel,” Cate joked, “It was horrible, just a terrible actor.”

Okay, come on Cate, get real. “He's hilarious,” she admitted. “I think he's absolutely heartbreaking in this film.”

But it isn't over yet for Cate and Brad; the pair is shooting another movie together right now.

“I know, I'm a glutton for punishment,” Cate told us.