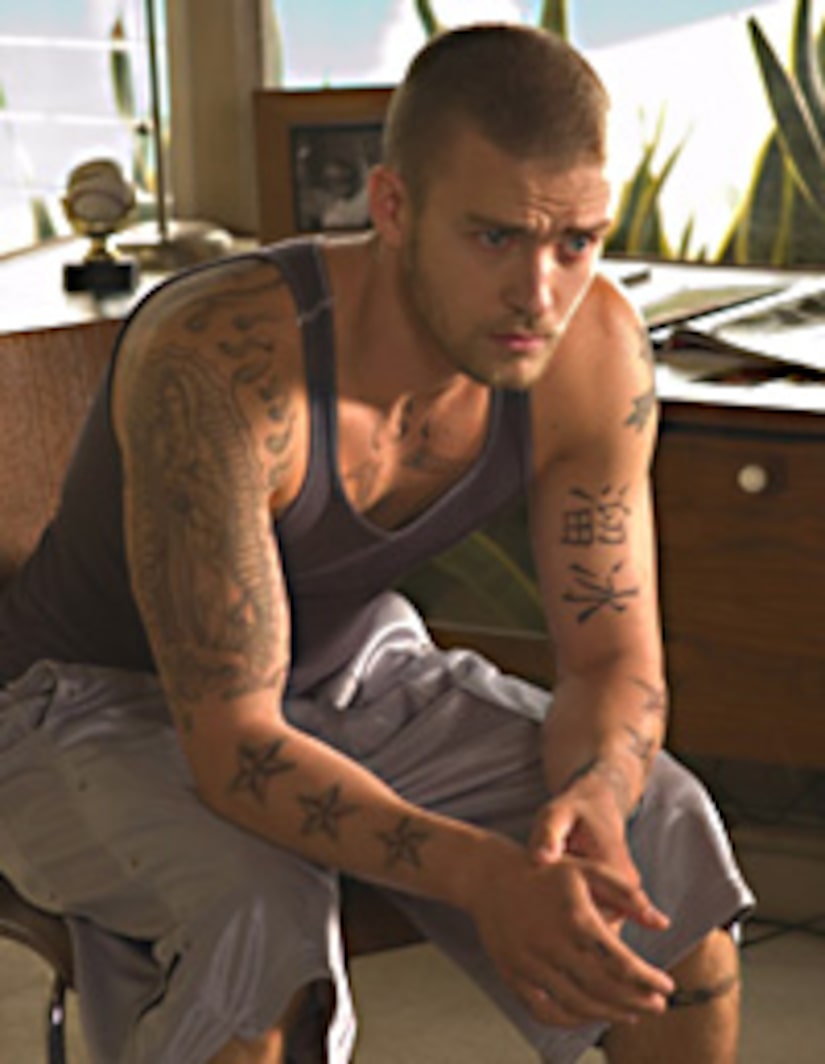 A shirtless, heavily tattooed Justin Timberlake is preparing for his biggest feature film role yet in the gritty new drama, “Alpha Dog.”

“Alpha Dog,” co-starring Bruce Willis and Sharon Stone, is based on the true story of Jesse James Hollywood, a teenage drug dealer and former fugitive, who is now awaiting trial for murder.

Justin revealed to us that he took no classes and got no coaching for his role as one of Jesse's friends.

“I took class when I was really young, and so I just used that as much as possible,” he admitted. “For me, it seems more natural.”

It's going to be quite a new year for Justin. He starts his music tour on January 8th, and "Alpha Dog" comes out on the 12th.