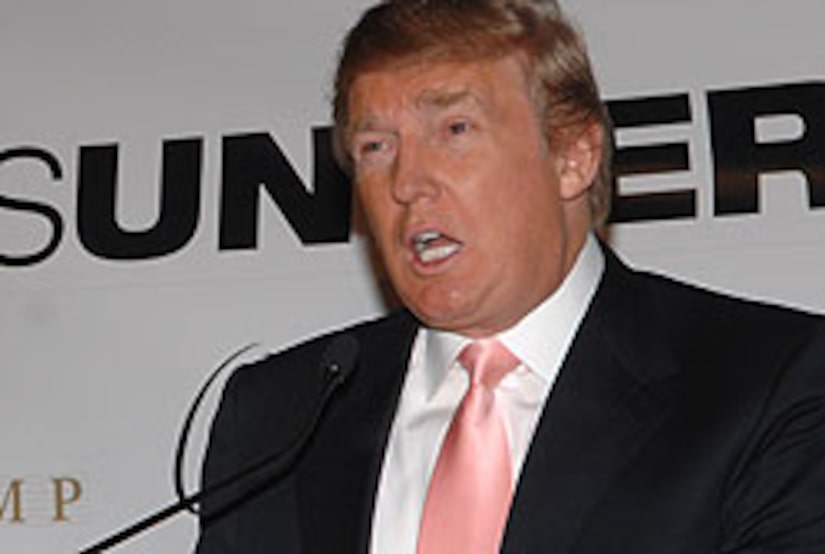 On Thursday, Donald Trump, owner of the Miss USA pageant, stripped 22-year-old Katie Rees of her tiara after checking out the raunchy photos of her that hit the internet this week.

Splashnews.com broke the story and is running the too-hot-for-TV pictures on their website.

As the scandal surrounding America's beauty queens splashed across headlines Thursday, The Donald phoned into “Larry King Live” from aboard his private jet.

“These pictures were pretty far out there,” Trump said. “We had no choice but to terminate her.”

Now, the former Miss Nevada is saying she got a raw deal, explaining the pictures were taken three years ago.

On Friday, she asked Trump to give her a second chance, telling “Extra:” "I am very embarrassed by the situation. Regardless, such a brief and distant lapse in judgment does not warrant my loss of the title."

But it doesn't look like Trump will be as quick to forgive Katie, as he was letting the troubled Miss USA Tara Conner keep her crown.

“That was a much different thing,” Trump explained. “Tara was having a problem, and we're taking care of the problem. Miss Nevada was a disaster, the pictures were disgusting.”

One thing is for sure: Trump knows beauty queens, confessing to “Extra” he has dated them!

“In the past, a Miss Universe and a Miss USA; I don't want to tell you who,” Trump teased, adding, “Let me tell you one thing; they didn't look like Rosie O'Donnell.”

At least Trump's war of words with Rosie finally subsided on Friday, ending an ugly week for him and his pageant princesses gone wild!