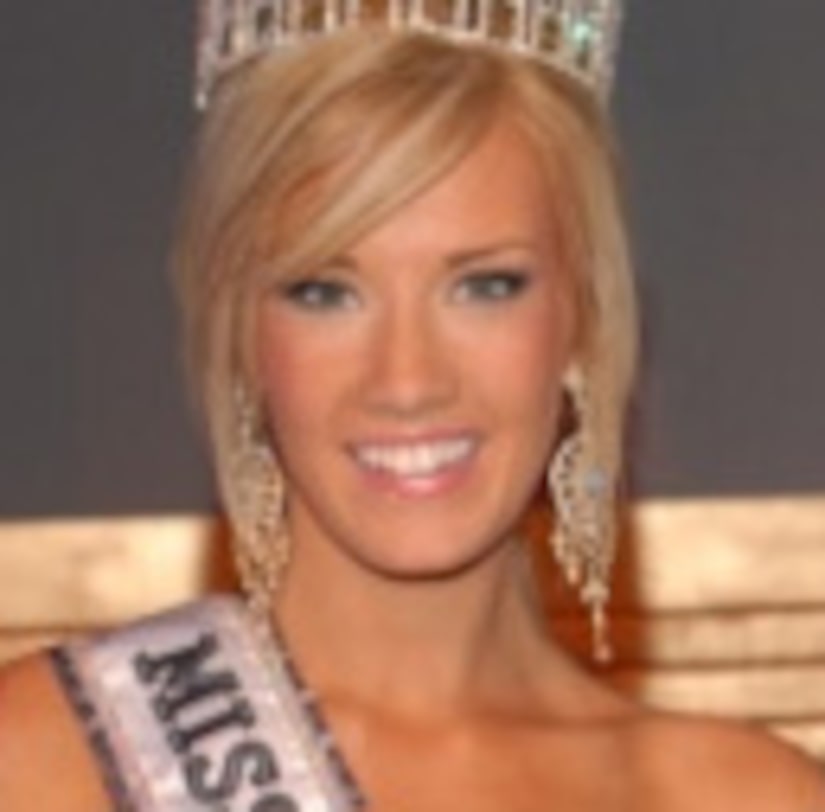 On Thursday, Paula M. Shugart, president of the Miss Universe Organization, announced Rees had been stripped of her title.

"Katie Rees has been relieved of her duties as Miss Nevada USA 2007," Shugart said in a statment. "First runner-up Helen Salas will assume the title and compete at the 2007 Miss USA Pageant on March 23 in Los Angeles."

The latest bombshell comes after racy shots surfaced of the young beauty queen exposing herself and performing explicit sexual acts on others girls.

Pageant spokeswoman Lark-Marie Anton told TMZ.com that while The Donald approved Miss Nevada being dethroned, it was Shugart who ultimately made the final decision.

"Mr. Trump runs a billion-dollar real estate company, besides owning the pageant," she said. "His priorities are the title holders -- Miss Universe, Miss USA and Miss Teen USA." Anton added that these types of decisions are made all the time, they are just more high-profile now, in light of the current scandal involving Miss USA Tara Conner.

Rees is still listed as Miss Nevada on the pageant's official website. Helen Salas was Miss Nevada Teen USA in 2004 and a second runner-up at Miss Teen USA.