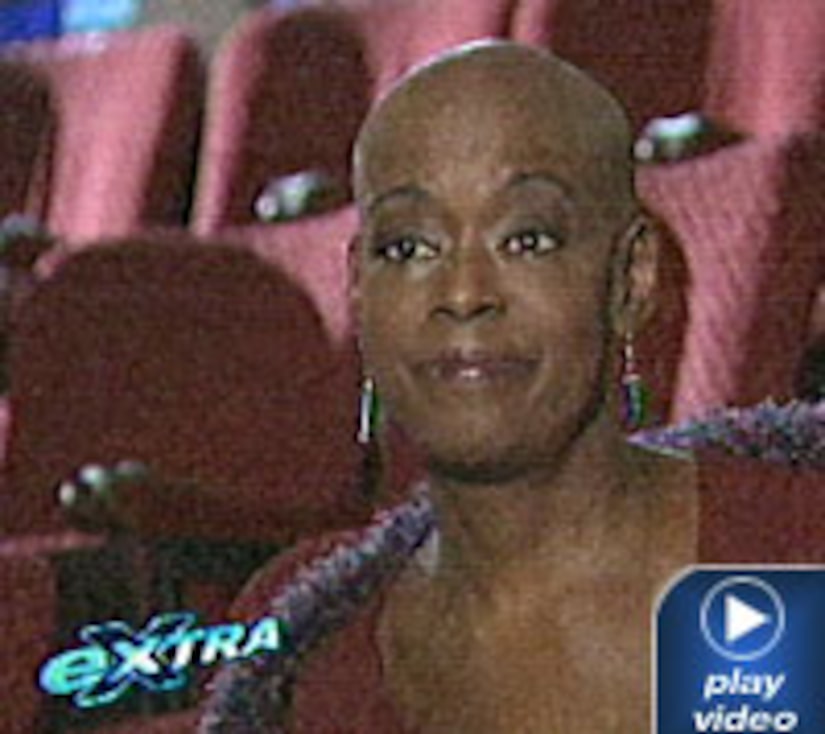 You may not recognize her face, but talented actress and playwright Oni Faida Lampley has a story that is sure to deeply inspire people around the world.

With memorable stints on TV shows such as “Law & Order,” Oni was pursuing her dream of being an actor. At the same time, she was also playing the real-life role of wife and mother to two beautiful boys.

But then, her world became undone.

“I was breast feeding. I was feeling lumps, but we all said it's breast milk of course you're lumpy,” Oni recalled.

But those lumps turned out to be breast cancer.

“I had no family history; I just didn't understand how this could happen,” Oni revealed. “I thought, 'Okay, now I'm dead. Now I'm dead!'”

However, Oni faced her cancer with aggressive determination, and she received high doses of chemotherapy and a mastectomy.

As she bravely battled debilitating side effects, not to mention losing all of her hair, Oni planned to fight for her life while trying to keep her acting career alive as well.

“I got my first serious role in a film on a Friday, and then on that Monday I was told I had cancer,” she said. “And I was going to work with Meryl Streep, which blew my mind; I was going to Toronto. I couldn't believe it.”

It was Oni's excitement for life that kept her going. But what makes her 11-year story of survival so unique is that her cancer kept coming back.

From more bouts with breast cancer to brain tumors, she was able to keep her cancer a secret… until one day when she collapsed on the set of a TV show.

“This group of actors rallied around me,” Oni remembered. “I'm in the back of a van, and I'm hurling and weeping because I'm embarrassed. I was so moved by how people help you if you let people know you need them.”

With the strength of family and friends helping her pull through, the beautiful actress also looked to a photograph of runner Marion Jones for inspiration.

Rather, Marion is looking straight ahead, which is exactly where Oni is looking while battling chronic cancer.

As her battle rages on, she's channeling her creative energy into a play, which she says is getting bites for the movie rights.

“If you ask me what my religion now would be, it's pay attention to what's happening now. That's
all there is," she said simply.