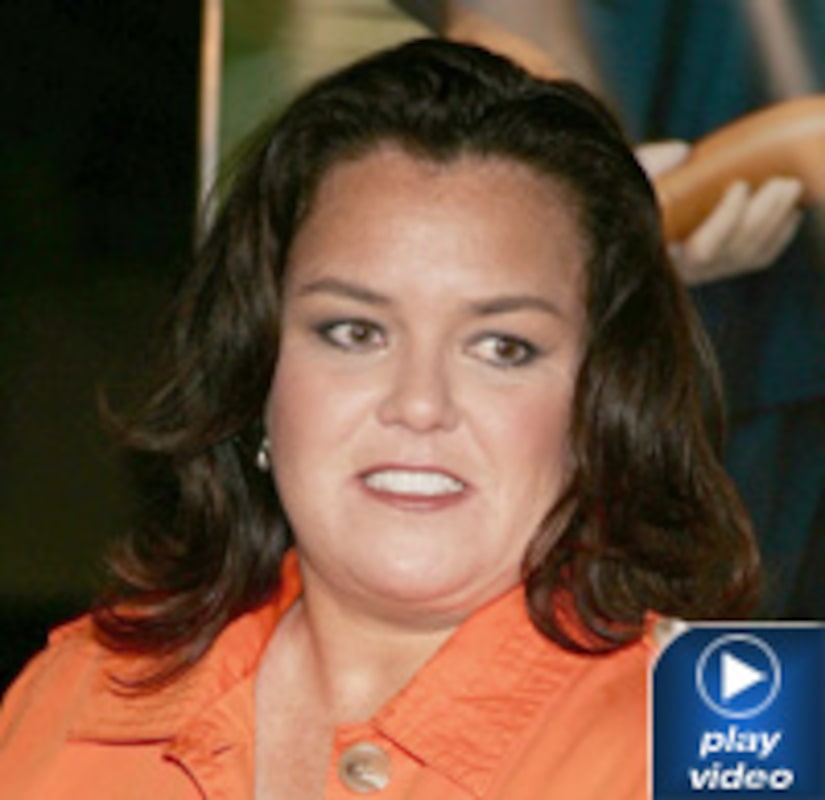 Rosie O'Donnell jetted off to Miami over the weekend to raise money for her charity, "Rosie's For All Kids," aboard the Norwegian Pearl cruise liner.

Once on deck, Rosie and friends christened the world's first floating bowling alley and shared in a day of fundraising for a cause close to the talk show queen's heart.

"We've raised a half a million dollars this evening," Rosie told "Extra."

In between frames of her bowling game, the funny lady set the record straight about reports she's leaving "The View" for her ultimate dream job: hosting the game show, "The Price is Right."

O'Donnell also revealed that her contract with "The View" would actually allow her to take over Bob Barker's job if it becomes available.

"It is a clause in my contract, but they apparently don't want me, which is sort of sad because I have visions for 'The Price is Right,'" Rosie joked. "But what I told Barbara when she asked was, 'Let's go one year at a time, and we'll see how it fits in with my family.'"

Rosie and her partner Kelli told "Extra" they've been talking it over with their four children.

"We'll come up with the right decision," Kelli said. "And if not, it's not the end of the world either."

Rosie, an adoptive mom, also gave us her own personal "View" of the news that Angelina Jolie and Brad Pitt are thinking of adopting another child.

However, don't expect Rosie and Kelli to follow Brangelina's suit.

"For us, four's enough," Rosie insisted.