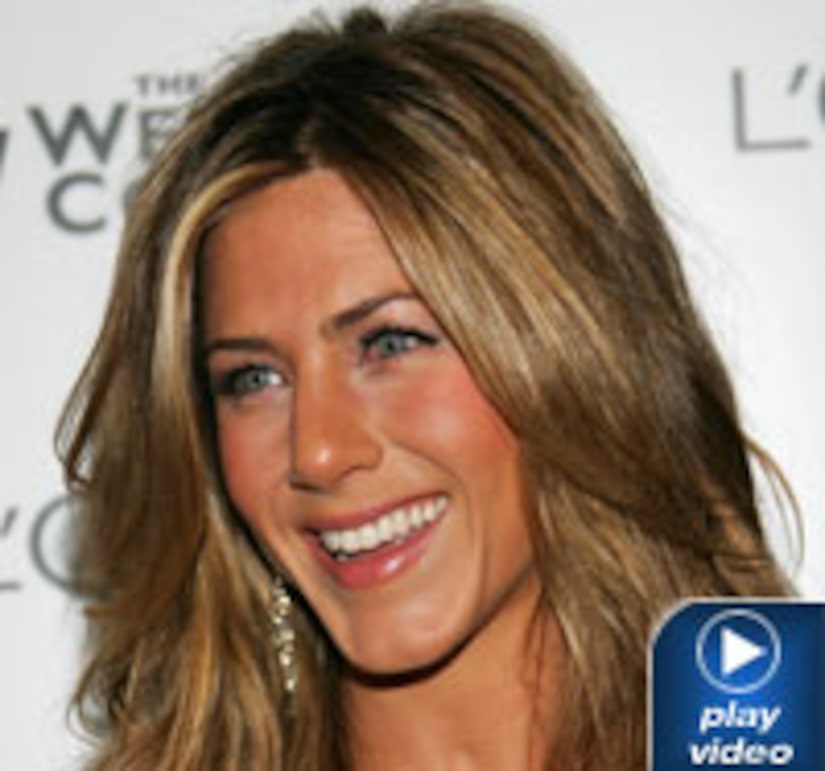 After her emotional exit from “Dancing with the Stars,” “Extra” has learned that Sara Evans will put on her dancing shoes once again – for one night only.

Evans confirmed Friday that she will join the “Dancing with the Stars” tour in Nashville on January 21st.

In other “Dancing” news, rumors have begun swirling that a famous “Friend” may join the hit show next season.

Jennifer Aniston showed off her fancy footwork in “The Object of My Affection,” but don't look for her on the dance floor anytime soon.

The star's rep insisted the rumors that she is joining the show for its fourth season are just not true.

Meanwhile, only “Extra” can take you inside reigning champ Emmitt Smith's big night for charity in Dallas, where his wife, Pat, served as our special correspondent.

With the help of a local Maserati dealership and a few of his football buddies, the NFL great kicked off the return of his foundation for children, and he revealed it couldn't have happened without “Dancing with the Stars.”

“It brought awareness to Emmitt Smith Charities,” Emmitt revealed. “It's bringing awareness to the platforms and the kids that we're trying to help.”

And never fear, there's more dancing to come in 2007; season four of “Dancing with the Stars” is expected to premiere in March.