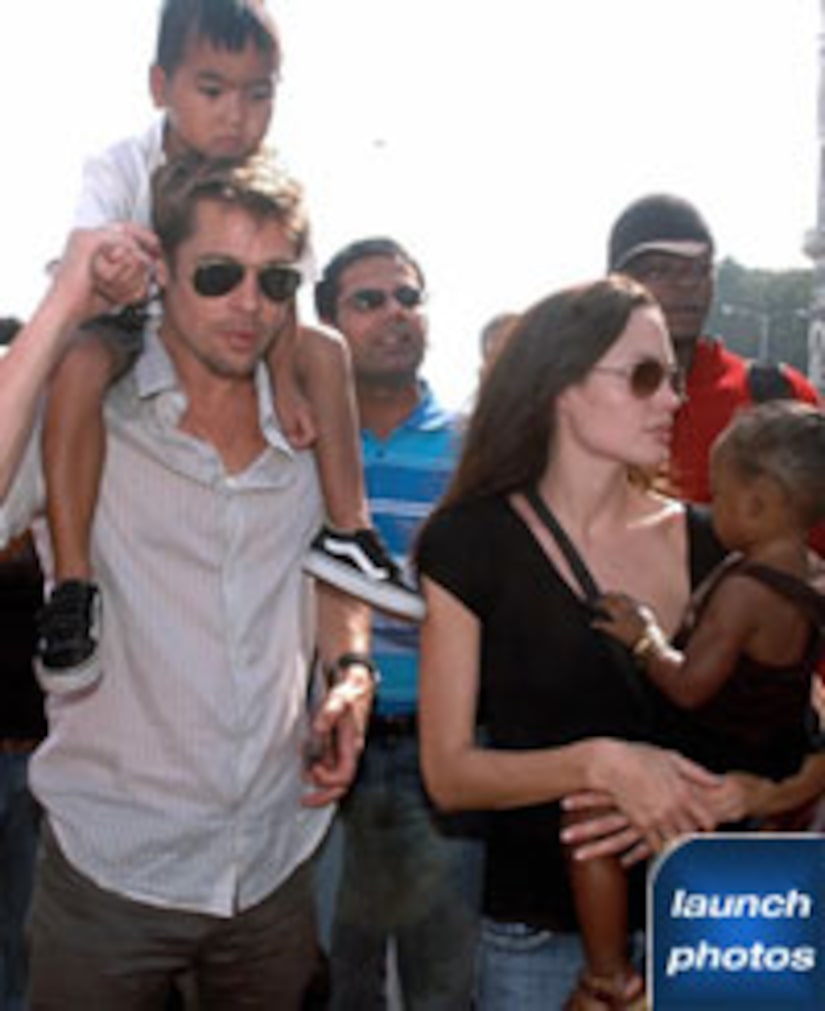 Fans are getting a much better view into the private life of Angelina Jolie and Brad Pitt. The actress, currently co-starring in “The Good Shepherd,” opened up to Diane Sawyer about life at home with Brad and the kids.

Angelina also addressed all the rumors that she and Brad are expecting another baby.

“Oh yeah, I probably shouldn't have been drinking wine then last night,” Jolie joked. “No, we're not. I'm on the pill.”

Jolie also revealed what makes Brad a great father to Maddox, Zahara and 7-month-old Shiloh, who are all featured in this week's People magazine.

“He woke up really early this morning and let me sleep in because I had this interview,” she revealed. “He was dealing with the two girls and food and bottles, which is not easy to do."

Angelina also told Diane that her wild past is behind her.

“Now, as an adult, I can be genuinely wild just traveling the world,” she admitted. “My life is more peaceful than it used to be. I'm happy to have the private time, but I'm also happy to be up there with Brad and a bunch of screaming kids.”