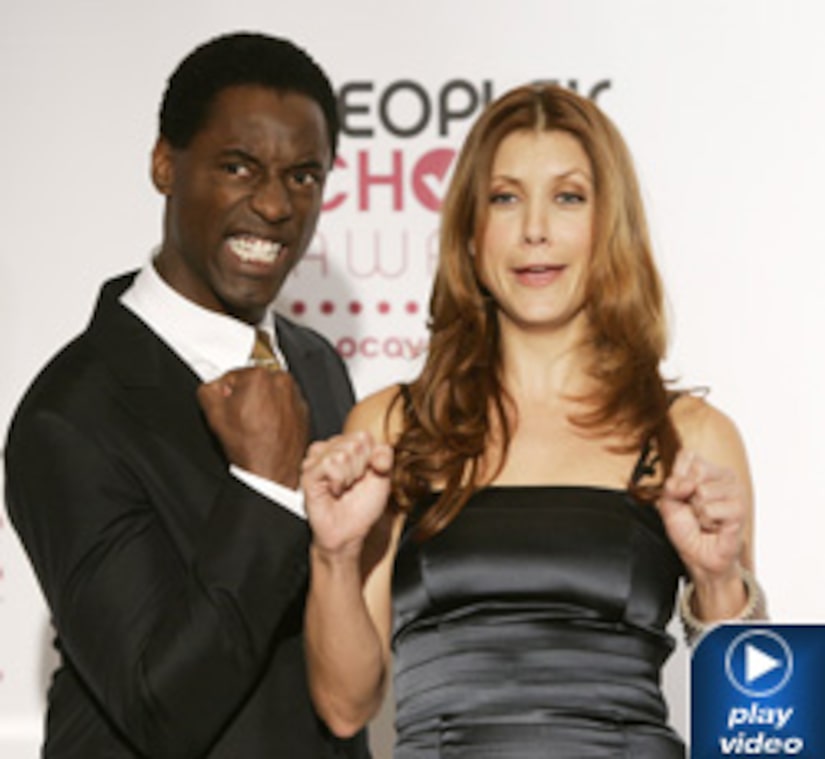 Just moments after the 46th Annual Golden Globe nominees were announced, “Extra” was on the set with the golden cast of “Grey's Anatomy.”

“I'm really just trying to take it in and enjoy the moment,” Patrick “McDreamy” Dempsey admitted.

Dempsey also told our Jon Kelley that he nearly needed some emergency care after forgetting to tell his wife it was Golden Globe morning.

“Sorry honey,” Dempsey said. “Once we worked through that crisis, everything was great.”

But McDreamy will face some tough competition, including “24's” Kiefer Sutherland and “House's” Hugh Laurie.

Fellow first time nominee Katherine Heigl, a.k.a. Izzie Stevens, picked up a Supporting Actress nod to go with the flowers and See's candy from “Extra.”

“I feel really good; I feel too good! It's scaring me,” Heigl joked. “It's really an unbelievably, thrilling moment.”

“Ugly Betty's” America Ferrera couldn't have been more overwhelmed upon hearing of her surprise Best Actress nomination, and we were there for her emotional reaction with the rest of the Globe nominated show cast.

“It's such a beautiful family, a really great ensemble,” Ferrera admitted through tears. “And now I feel like an idiot.”

So who will be America's date come the Golden night? “My date would be my mom,” she said.

But Ferrera may want to watch her back; she'll be up against the devious “Housewives” of Wisteria Lane.

Just one year after the “Desperate” divas were snubbed, both Felicity Huffman and Marcia Cross were nominated, much to the delight of creator Marc Cherry.

“I'm going to call them as soon as I'm done doing my interviews and stuff, I didn't want to wake them up too early,” Cherry admitted. “You know Marcia is expecting twins, and I never know when Felicity and Bill get up with the kids.”

“Housewives” will try to take home its third straight Best Comedy Series Globe, and Cherry broke news to “Extra” about a dead man who will be rising from the grave later this season.

“We're also going to do a special episode in March that will be told from the men's point of view,” Cherry revealed. “It's going to be narrated by Rex, Marcia's husband from the first season.”

Meanwhile, our Tanika Ray caught up with fast-talking super agent Ari Gold (played by Jeremy Piven), who talked his way into a Best Supporting Actor nod.

Jeremy told us he already knows who'll be on his arm come Globe night. “My mom again; we're going to do a Will and Jada situation, it's going to be fantastic,” Piven promised.