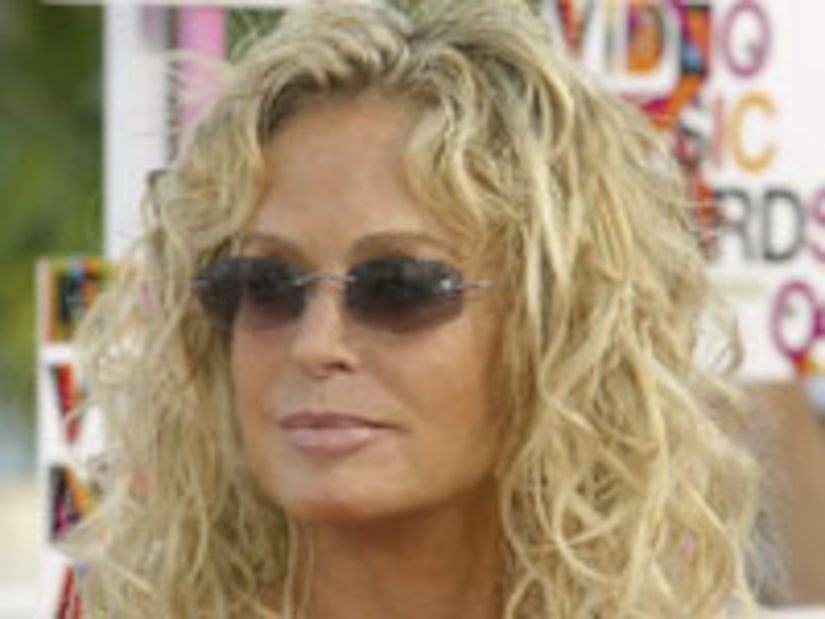 Farrah Fawcett is all smiles these days, and she gave a curious cameraman a thumbs up in her very first interview since she beginning her brave battle against cancer.

Farrah's successful road to recovery is the good news the world has been waiting to hear, as the “Charlie's Angel” admitted she's “really good.”

In all-new video of Farrah and devoted companion Ryan O'Neal, the couple shared some tender moments as Ryan gently stroked her back while they shopped in Beverly Hills.

Farrah and Ryan were even spotted inside a posh jewelry store in the ritzy LA suburb on Tuesday, and store owner Alan Friedman told us that the lovable actress voiced her interest in a diamond studded cross, a bracelet and even rings.

But is the ring for her left ring finger? “There felt like some indication that that's a possibility,” Friedman told “Extra.”

Later in the day, Ryan waited for Farrah curbside in his Mercedes and took the opportunity to squash a tabloid cover story with the headline, “Farrah Wants to Die.”

As for how his sweetie is doing, Ryan said. “She's doing great. Not perfect... but great.”

Now that Farrah has finished her chemotherapy treatments, she is moving toward the next step of recovery; a step that includes spending more time with Ryan and sharing Christmas with her family and fellow “Angel,” Jaclyn Smith.