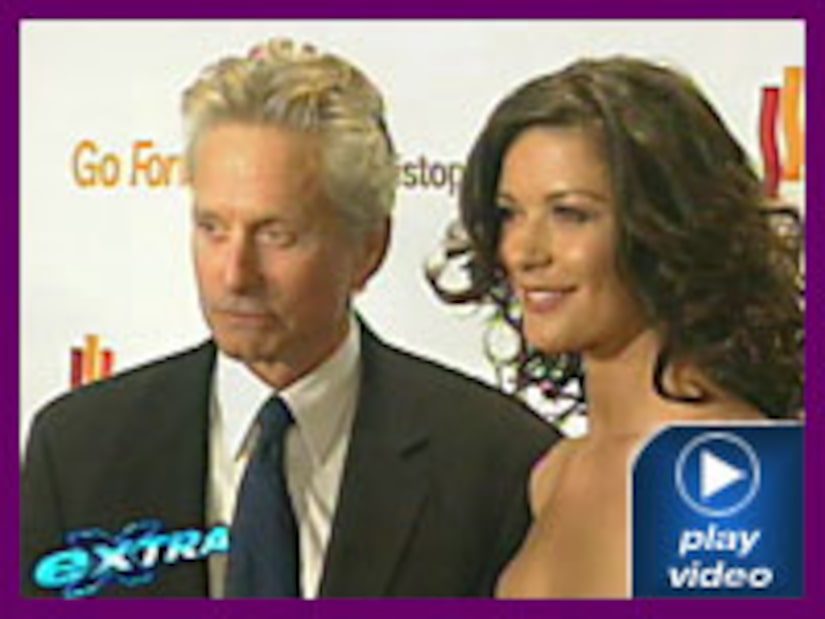 "We just compliment each other, you know?" Catherine said.

Douglas and Zeta-Jones joined a who's who of Hollywood power couples over the weekend at a gala benefiting the Motion Picture and Television Fund.

At the event, Catherine showed off her smoking body onstage, before telling us about watching Michael transform for his new role as an eccentric father in "King of California."

"When Michael was doing his this latest movie, 'King of California,' I was waking up thinking he was the Unabomber because he had this huge, big beard," she admitted. "It was like, wake up in the morning and go, 'Yikes!'"

Harry Connick Jr. was also on hand, and he joked about keeping his 12-year marriage to wife Jill fresh.

But both happy couples sent newlyweds Tom Cruise and Katie Holmes their best.

"Good luck," Jill Connick said, as her hubby added, "They'll be all right."

"There's nothing like a good, old fashioned wedding," Zeta-Jones added.

"Hope they're having a wonderful time," Michael said. "And we wish them love and happiness."