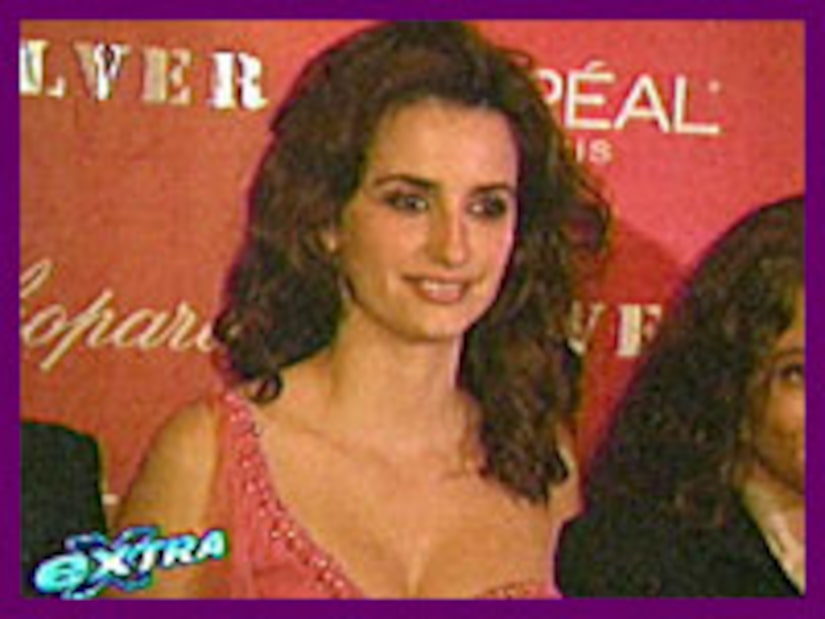 Spanish beauty Penélope Cruz is making a bold fashion statement as a celebrity spokeswoman for L'Oreal, even launching her own shade of L'Oreal "Star Secrets" lipstick.

"It's fun to have your own color!" Penélope dished.

Only "Extra" caught up with Penélope at the New York premiere of her touching mother-daughter drama, "Volver," her third film with Spanish director Pedro Almodóvar.

The beauty also gave us a couple's news exclusive, shooting down rumors of a blooming romance with Orlando Bloom.

"I am a single woman who is working very, very hard," she said. "And every time I go out with a group of 20 friends to a bar for a half an hour, that's what happens. But I'm not going to spend every day of my life telling everybody what is true or what's not true."

And that's the word straight from Penélope's lips!