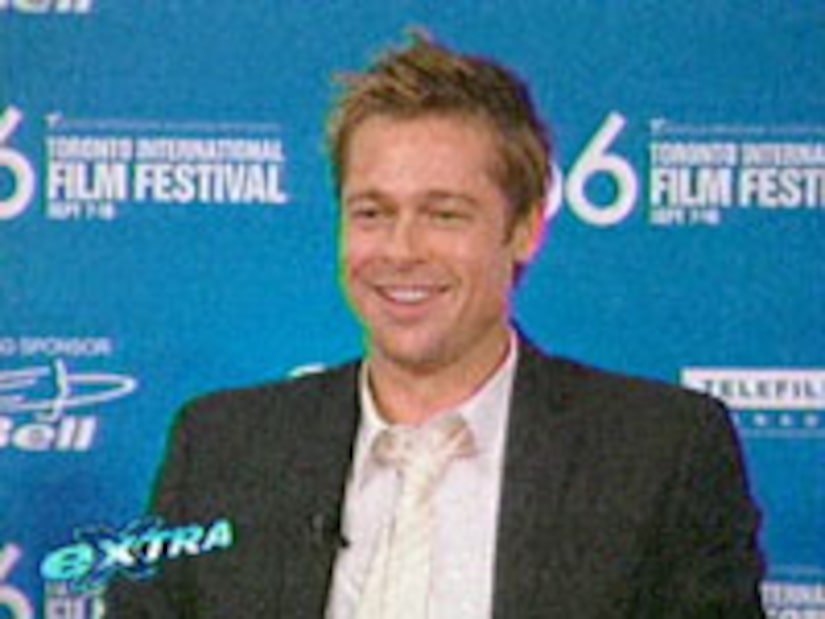 Word shot all across Hollywood Tuesday that Paramount Studios is courting superstar Brad Pitt to take over the lucrative "Mission Impossible" franchise, which recently cut ties with Tom Cruise.

The deal would have reportedly made Brad Hollywood's highest paid actor with a $40 million paycheck.

We went straight to our sources at the studio, as wells as Brad's reps, to get the bottom of the "MI:4" buzz.

And, sorry ladies, we were told no, the story isn't true. While Brad's production company is based at Paramount, he has several other movies in the works.

"Extra" also has the latest Whitney Houston bombshell, as the iconic singer gets ready to battle Bobby in court.

Yes, according to Us Weekly's Katrina Szish, who revealed that Courtney, alongside Whitney's mentor Clive Davis, came to the singer's rescue.

"Courtney staged a dramatic intervention with the help of Clive Davis," Szish said. "She even introduced Whitney to her personal addiction coach."

"Extra" predicted Courtney's tough love ways when she opened up about her triumph over substance abuse in 2004, backstage at the World Music Awards.

"I don't do drugs anymore, stopped doing that," she said. "And everyone else should too."

But what about whispers that Whitney is on the verge of bankruptcy?

While that's the short of the Whitney battle, we questioned if NBA star Tony Parker scored with a surprise for his "Desperate Housewives" honey.

And we found out, yes! Tony scored by a long shot!

"Extra" spotted an overjoyed Eva Longoria giving Tony a big hug and kiss when he showed up with dozens of red roses on the set of her new movie.