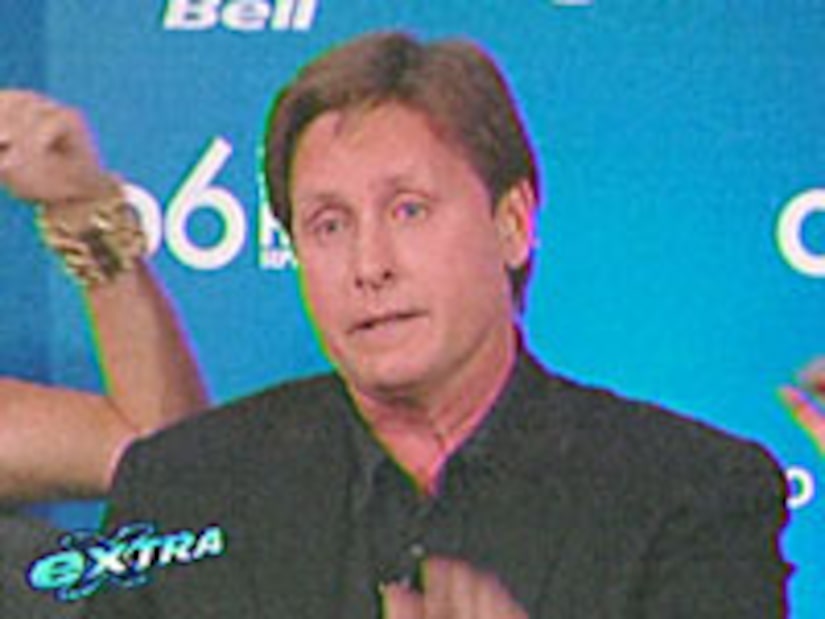 Emilio dropped by "Extra" to talk about his comeback making tale of Robert Kennedy's 1968 assassination at the Ambassador Hotel.

"It's a very personal picture, it came from my heart," Estevez confided.

The critically acclaimed movie reunites Emilio and Demi, who even though she was terrified by the role, couldn't turn down her former flame.

"It's the love of somebody," she said. "Of an old friend, who brought me comfort and safety."

For Sharon Stone, the movie was a chance to work alongside Demi in one of the greatest casts ever assembled.

"We've been acquaintances and friends, but when we came to this movie we came together as grown women, as peers," Sharon said.

The premiere was also a chance for Sharon to send a political message: "Real leaders remember that they're supposed to be the father of the nation."

For Emilio, who wrote and directed "Bobby," it was the work of a lifetime. And a work he couldn't finish without the help of his brother, Charlie Sheen.

"He said, 'You have to go finish this, you have to. You have to do this. It's potentially your life's work; it will change your life if you finish it.'"

Not only is the talented Emilio celebrating a new film garnering rave reviews, he's also celebrating his newly minted engagement to Sonja Magdevski.

And as the couple's news authority, we had to find out, have they set a date for the big day?

"Not yet," Emilio said, joking, "I'm married to Harvey Weinstein right now," who is his co-producer on "Bobby," which opens in limited release Nov. 17.